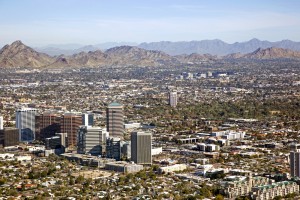 If you had to guess which Arizona city topped the latest list of “Cities on the Rise” from NerdWallet, you’d be wrong.

According to the personal finance website, Florence, a far southeastern suburb of Phoenix, is Arizona’s top city on the rise.

Yes, that Florence. The one with the huge prison and potentially a copper mine on the way.

Apparently crime really is recession-proof, as the Arizona State Prison Complex in Florence has kept the town humming through the Great Recession and ever since.

The town also is in the midst of a massive economic development project called Territory Square, which broke ground in 2010 and won Best Project Study by the Arizona Planning Association in 2011. The project will eventually develop 623 acres along the Gila River.

For the past several years Florence has been most recognizable because of a high-profile battle with a copper giant over potentially mining in the town.

Florence Copper, an arm of Vancouver-based Curis Resources, wants to pump copper deposits from land it owns in Florence using water and sulfuric acid. The town plans to seize 1,182 acres of FCP-owned land via eminent domain and use it for a water treatment plant. The copper company could sue over the eminent domain push.

As far as Florence’s top billing on the “cities on the rise” list, there’s more to it than just its leading employer (the prison), according to NerdWallet.

To compile its rankings, NerdWallet examined population growth, employment growth and income growth for 56 of the state’s cities and towns with populations of 4,000 or more.

From 2009 to 2012, Florence’s working-age population rose more than 30 percent while its income climbed 32 percent in that same period and median income grew a solid 15 percent.

Behind Florence on the list is its neighbor to the northwest, Queen Creek, which recorded employment growth of 29.3 percent from 2009 to 2012, as well as income gains of 10.5 percent.

“Town officials have identified specific industry clusters, including aerospace and advanced financial services, around which it plans to focus marketing and recruitment efforts,” NerdWallet wrote about Queen Creek.

The rest of the Top 10 is a mix of Phoenix metro cities and towns, as well as some additional surprises including Somerton, Eloy and Sahuarita.

Top 10 Arizona Cities on the Rise: 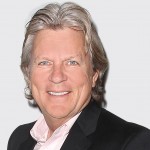 My Personal Commitment to Excellence
My commitment to my clients goes beyond providing excellent customer service and exceptional negotiating skills in all real estate related transactions. I’ll be there to hold your hand through the entire process and explain the steps to you along the way, in a clear and concise manner. I take great pride in developing long lasting relationships and it’s my honor to be your go-to Realtor for all of your future needs! With respect, Greg